American actor and television host, best known for his role as Detective Joe Mannix on the CBS television series Mannix and has also appeared on Walker Hard, Perry Mason, Police Story, Maverick, and Murder, She Wrote. Winner of a number of nominations of different years and institutions and the 1970 Golden Globe Award for Best Television Actor.

Born in the family of an emigrant from Armenia attorney Krikor Oganyan (1881-1944) and his wife Alice (1898-1978). In addition to him, the family had two daughters, Dorothy and Arpesri. 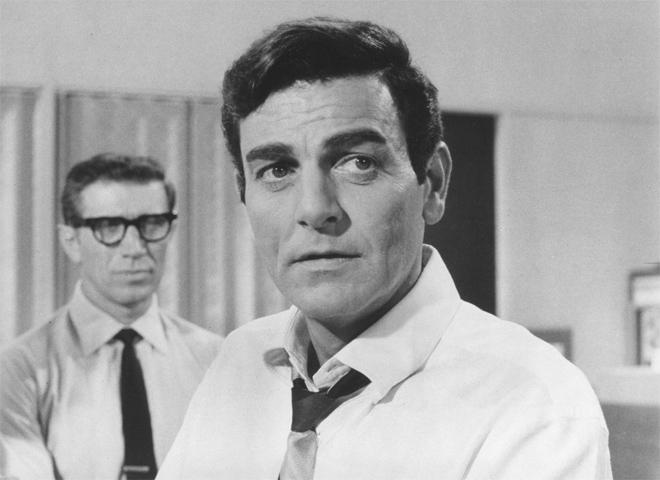 Since high school, he was actively fond of basketball, earning the nickname “Touch” (Touch). During World War II, he served in the US Air Force, where he also continued to play basketball and became interested in the coach of the University of California at Los Angeles (UCLA) team, Wilbur Jones. After the war, at the request of his father, who had died by that time, and at the insistence of his mother, he entered the UCLA Faculty of Law, receiving a sports scholarship about Jones’ patronage. Played on the varsity basketball team under coach John Wooden; was a member of the student fraternity Phi-Delta-Theta.

While studying at the university, he met and later in 1949 married Mary Lou Willey, who became the mother of his two children, son Matthew Gunner and daughter Dana.

After attending a game at the university by a friend of Wilbur Jones, director William Wellman, who drew attention to the expressive face of a student-athlete and (when meeting the team) his good voice, he received an offer to become an actor.

He began his career in small roles in the 1950s films Sudden Fear (1952), Sky Island (1953), Five Guns of the West (1955), The Day the Earth Ended (1955), Swamp Women” (1956) and others under the pseudonym Touch Connors. According to Connors himself in an interview, the name change was suggested by booking agent Henry Wilson due to the consonance of the name of the aspiring actor with the name of actor George O’Hanlon.

Starting in 1955, he appeared in notable roles in television series, starting with a role in the episode “Thomas and the Widow” of the NBC series “Frontier”; was a guest star on the early sitcoms Hey Jeannie! and The People’s Choice, as well as the crime dramas City Detective and State Trooper. Since 1957, he has been filming under the name Michael Connors, after 1966 shortened to “Mike Connors”.

In 1958, he played the title role in the final episode “Simon Pitt” of the NBC Western series Jefferson’s Drum. He also appeared in another series of this channel “California”. That same year, he starred as corrupt Lieutenant Miles Borden on the NBC series Wagon Train and had a role in an episode of Cimarron City.

Since 1967, he starred in the title role of detective Joe Mannix in the television series Mannix, which became Connors’ most famous work.

Since the late 1960s, he has repeatedly addressed the topic of Americans of Armenian origin. This aspect manifested itself in Mannix, where his hero speaks Armenian fluently in several episodes. Shortly after the series ended, Connors also starred as Karl Ohanian in the TV movie The Killer Who Wouldn’t Die (1976). Subsequently, he participated as a narrator in several thematic documentaries by K. Michael Agopian, including The Forgotten Genocide (1975) and Ararat Beckons (1995), Paul Kalinian’s film about the Armenian-American writer William Saroyan (1994), was one of the heroes of the film The Armenian Americans (2000), involved in charity work and helped raise funds for the Millennium Armenia Children’s Vaccine Fund.

In recent years, he lived in Los Angeles, California.